Play it instead of: Super Mario Kart

Faster than you remember, most likely. Over the course of eight games (plus a handful of arcade spin-offs, which don’t seem to count for Nintendo’s official numbering), the Mario Kart franchise settled into a predictable formula. Wide tracks, long races, and a variety of different control methods—including user-friendly motion controls and Mario Kart 8’s auto-acceleration option—make most games in the series easy to grasp for newcomers.

Super Mario Kart isn’t like that, mainly because the courses are very, very small. Blink and you’ll certainly miss something. But small doesn’t mean boring. Every one of Super Mario Kart’s courses bursts with personality, with pipe-based obstacles, bridges and water hazards, and tracks that run through ghost-infested haunted houses. It’s like F-Zero but, well, not boring. 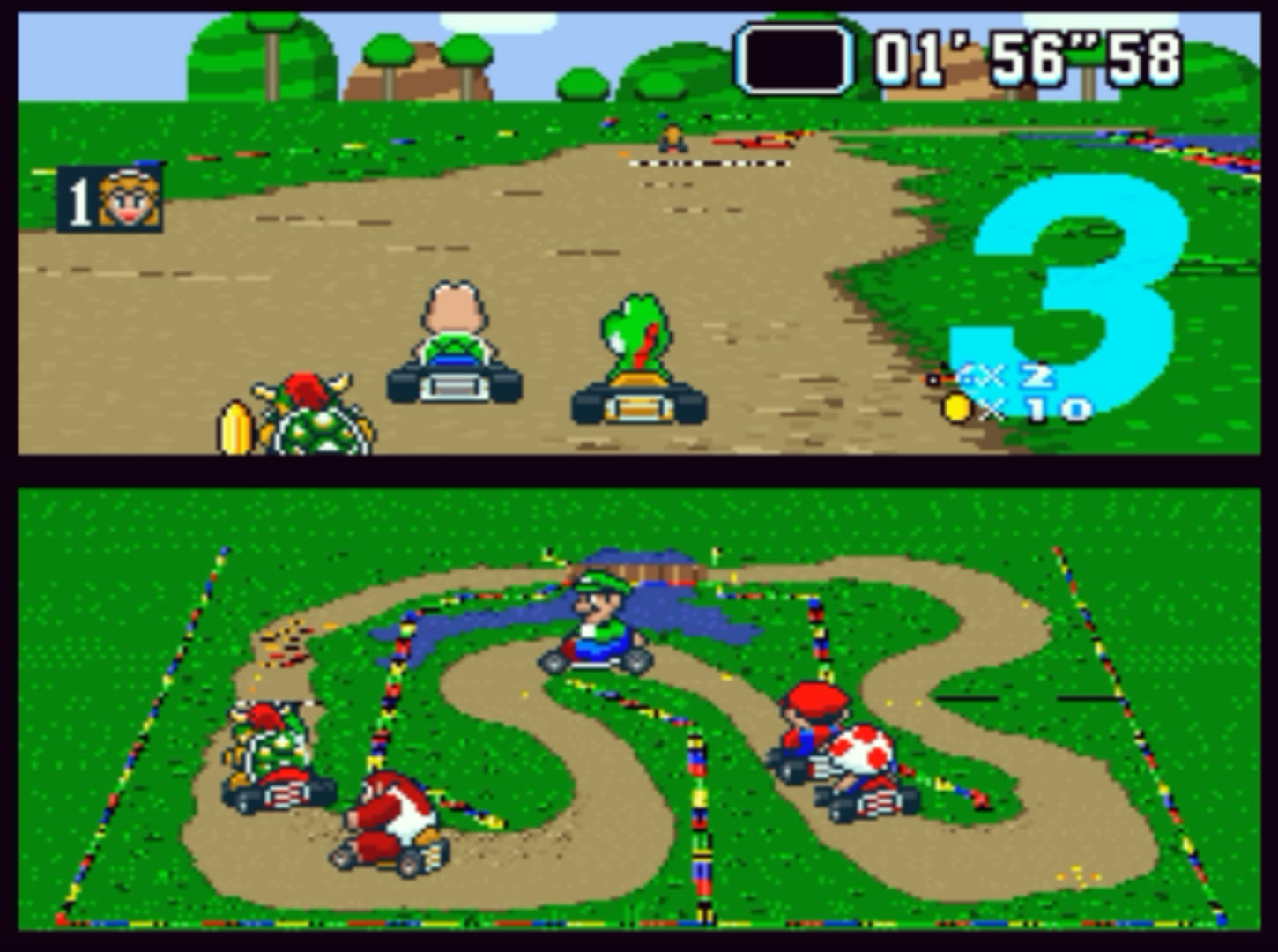 Mario Kart titles after Mario Kart 64 serve as some of the best party games ever. They’re something that everyone can play, even if they can’t play well. Super Mario Kart, however, remains best suited for guests who already know their way around a controller. If you fall behind, don’t expect the game to help you. Super Mario Kart pre-dates the Bullet Bill power-up and the blue shell. CPU-controlled opponents happily lap you if you give them the opportunity. If you don’t place in the top four in any given race, it’s an instant game over.

The pace is the same, too. Super Indie Karts’ tracks are short. If a race lasts for three minutes, it’s a long one. In fact, Super Indie Karts  is just Super Mario Kart with the serial numbers filed off. Instead of Mario and his friends, Super Indie Karts assembles a cast from indie games like Guacamelee, Canabalt, and the Secret of Mana-like CrossCode. You’re chucking watermelons and ice cream instead of turtle shells and banana peels. Obviously, the courses have different layouts. Otherwise, you’ve played this game before. 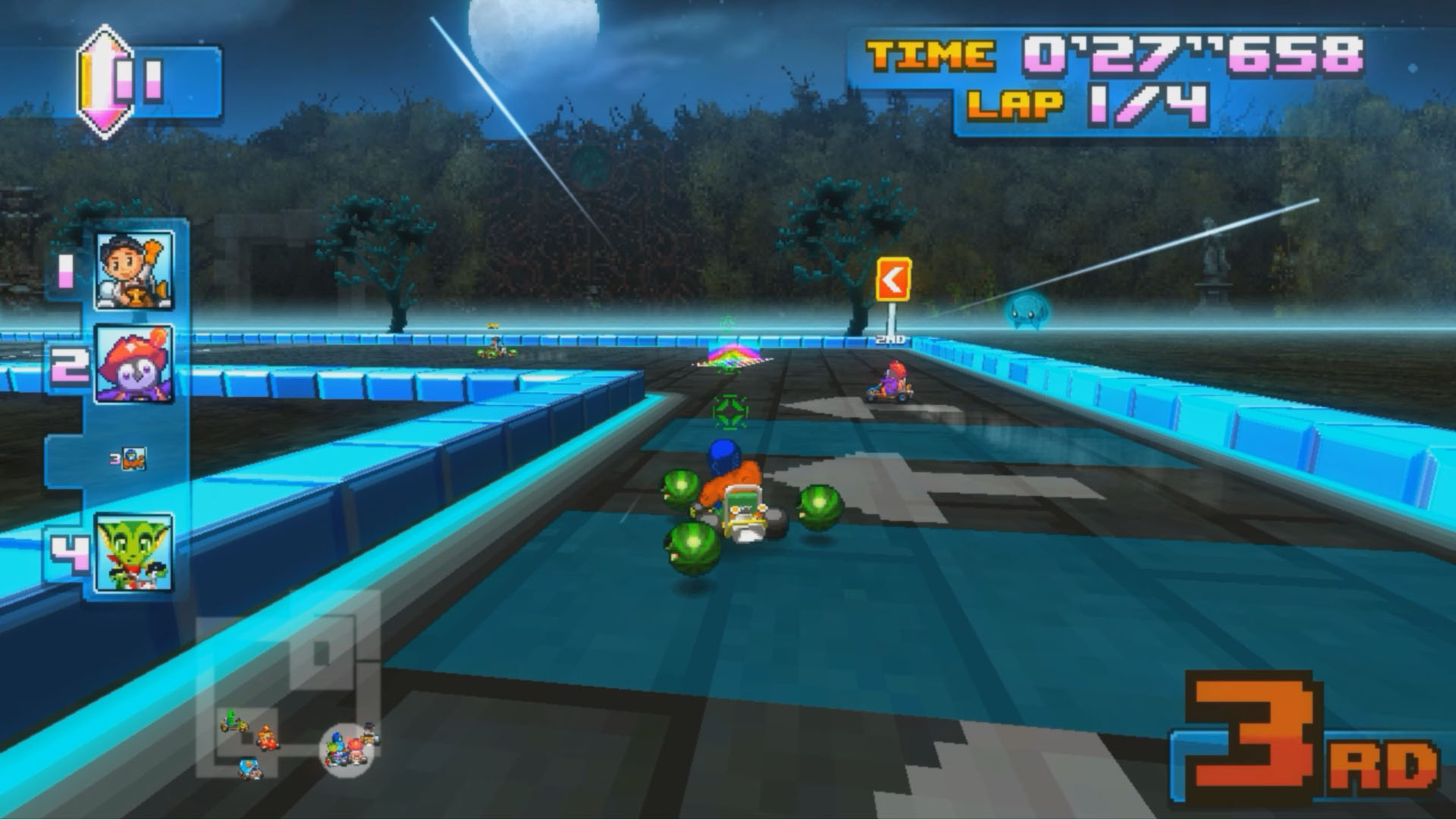 With one exception, of course: Super Indie Karts demands that you know what you’re doing. A casual Super Mario Kart player can get by without drifting, especially at lower difficulty levels, or when facing off against opponents with a similar skillset. In Super Indie Kart, if you don’t drift, you will die. Failing to drift around corners will send you right into the barricade—or, worse, tumbling off of the edge of a cliff. You need to have fast reactions, too, because Super Indie Kart moves just as quickly as its inspiration. There’s no time to think. You’ll act on instinct or you’ll lose the race.

But Super Indie Karts is still in Steam’s Early Access program. There’s time to fix lingering presentation issues. As it stands, Super Indie Karts is a fine tribute that should appeal to anyone who grew up on the Super Nintendo’s original kart racer—as long as you still know what you’re doing.