The game: Child of Light

Play it instead of: Super Mario RPG: The Legend of the Seven Stars

Many things  make Super Mario RPG: The Legend of the Seven Stars special. Square made it at the very end of their 16-bit golden age. It shows, too. It’s the best attempt so far—and, probably, ever—to impose some kind of narrative order on Mario’s wacky world.

We all love Mario, but as far as storytelling goes, the Mushroom Kingdom is like the wild west. Traditionally, in Mario, mechanics drive aesthetics. Plot doesn’t exist. Everything looks great, of course, but narrative logic doesn’t tie the world together. Somehow, however, Square found a way to make sense of it all. Humor and a surprisingly detailed plot tie together the disparate parts of Mario’s sprawling mythology. If you really think about it—and some of us have—that’s a remarkable achievement.

Still, Super Mario RPG’s biggest legacy is probably its battle system, which transformed Japanese role-playing games’ traditional turned-based battles into an action-heavy affair. As in a standard Square RPG, you’ll select actions from a menu, choosing one for each character. The enemy does the same. When it’s that character’s turn to act, they’ll do what you told them to do. The strategy comes from anticipating what the opponent is going to do and countering, or by stopping them from acting at all before their turn comes up.

That makes the combat in games like Final Fantasy VI and Chrono Trigger largely passive affairs. Fighting boils down to decisions, not dexterity. But Mario is all about dexterity, and so, Square added an extra element to battles: if you hit a button at just the right time, your character deals more damage. If you execute the right button press during an enemy’s attack, they won’t hit you as hard.

Every attack requires different timing, and as you progress through Super Mario RPG, you’ll need to experiment to find out exactly what it is. It’s genius. JRPG battles can get pretty tedious. In many confrontations, all you need to do to is choose the attack button over and over. With Super Mario RPG’s active, time-based element, however, you have to pay attention. That makes the game more engaging, and a lot more fun.

Surprisingly, very few games have copied Super Mario RPG. The Paper Mario and Mario & Luigi series did, of course, but those are both de facto sequels to Super Mario RPG. Steven Universe: Attack the Light, a mobile game based on the excellent Cartoon Network series, does too. I can’t think of anything else, even using Google. And if Google can’t find it… 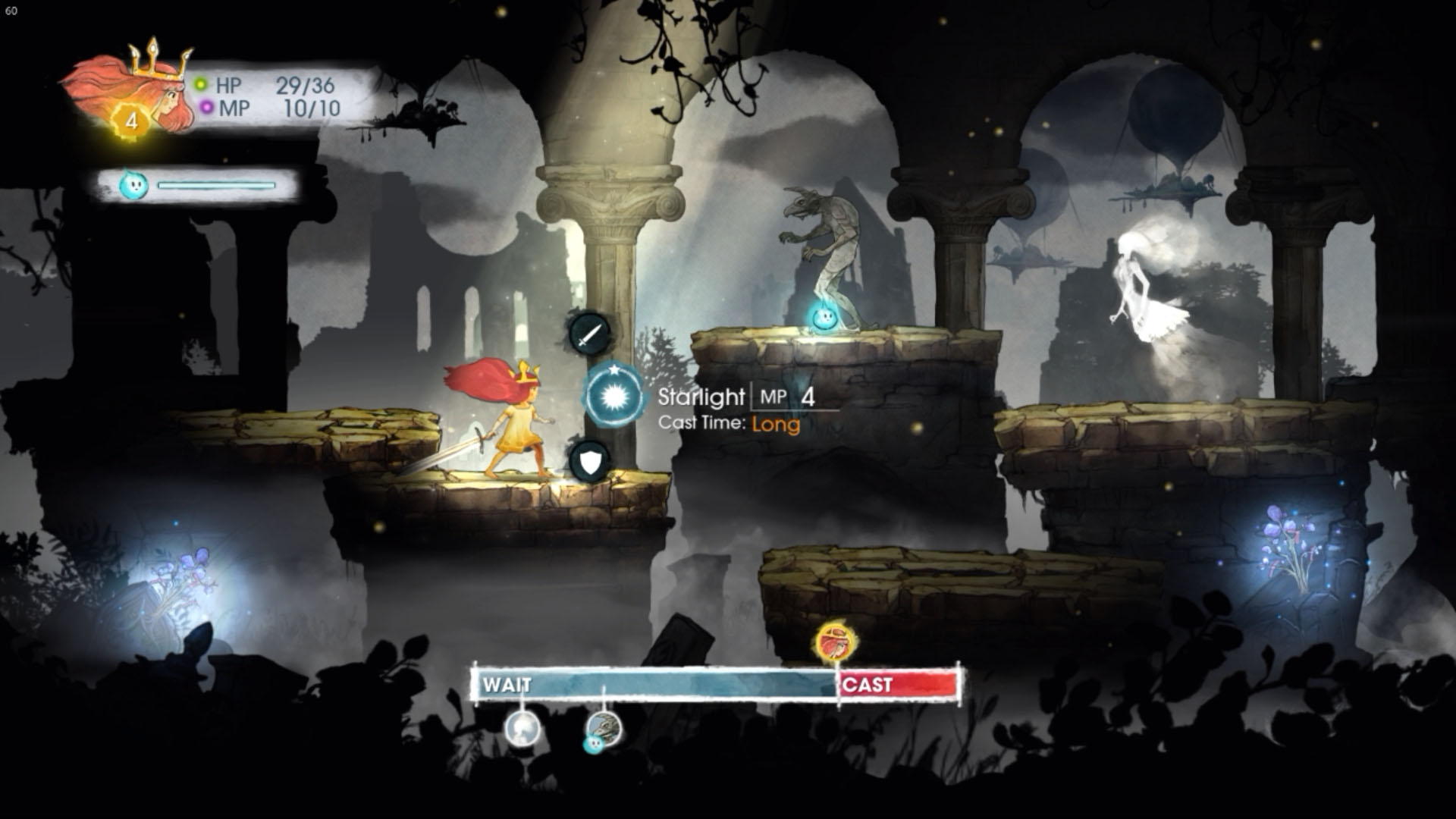 Don’t be fooled, though. Child of Light is still a turn-based RPG, with all the stats and equipment management that requires. You can’t sit back and relax. Characters still take turns, but you can slow opponents down by shining a light on them. You do that by aiming your sidekick, a firefly, at them while holding down the left trigger. As your foe shields his or her eyes, it’ll take longer for them to reach the “action” stage. Do it right, and you can attack multiple times before they get a hit in. If the bad guy has lined up an action but hasn’t performed it yet, that’s even better. The attack will be interrupted, and the bad guy goes back in the queue.

As a result, you need to remain active at all times. While you fight, you’re planning your next move, juggling the order of attacks, trying to maneuver the firefly to the correct target, and keeping an eye on the firefly’s energy meter, which depletes as he shines his light. It sounds complicated—and it is—but the whole system feels intuitive, and it won’t take long to pick it up.

I adore 16-bit JRPGs, especially Square’s, but I recognize that they’re not for everyone. They’re slow. Combat can be a drag. Super Mario RPG and Child of Light both solve this problem by making sure you have something to do at every possible moment. If you don’t “get” turn-based RPGs, check both of them out. You might, finally, understand what all the fuss is about.