Play it instead of: Super Metroid

Typically, “metroidvania” refers to a type of game—usually 2D, although the Metroid Prime series proved that the formula could work in 3D as well—that drops you into a big world without giving you any directions and only providing vague goals. At first, you’ll explore. As you poke around, you’ll notice areas that are blocked off, or that you can’t reach. You’ll also find new abilities, weapons, and bosses.

As your arsenal grows, you can use your new powers to reach previously inaccessible areas. Usually, this means returning to spots you’ve already visited and taking those paths that were blocked before. New routes lead to new weapons, which unlock more areas. Repeat, repeat, repeat.

The Nintendo Entertainment System’s Metroid established the metroidvania formula, while Castlevania: Symphony of the Night and Super Metroid perfected it. Hence the name. It’s a very, very popular genre among indie game developers, too. Over the past few years, a number of stellar metroidvania titles have hit the market. Check out Guacamelee, Hollow Knight, Ori and the Blind Forest, Xeodrifter, or countless others. You really can’t go wrong. 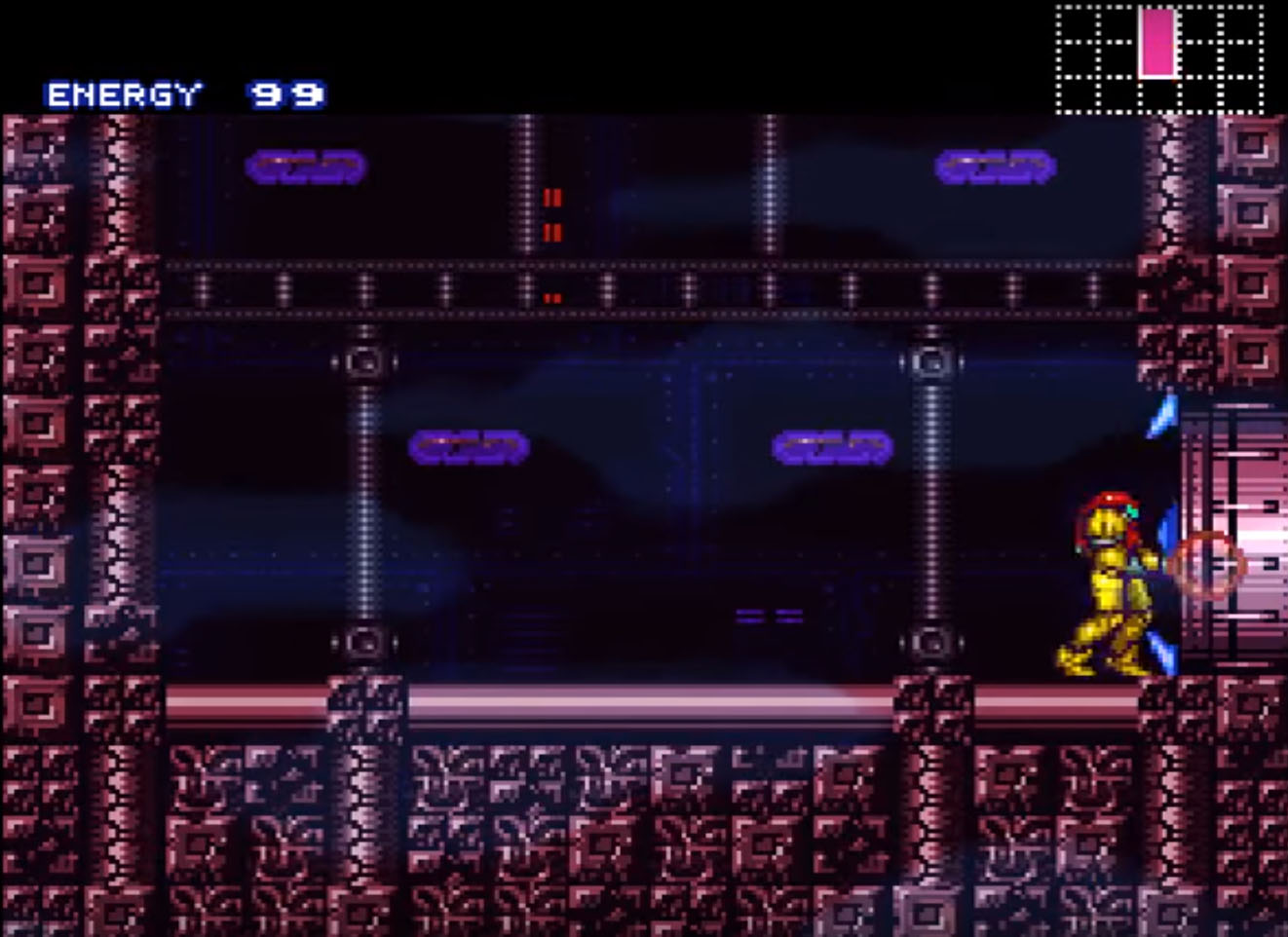 And yet, even among so many great games, Super Metroid stands alone. It didn’t just set the bar. It’s never been topped. Super Metroid took the original Metroid’s strengths—the foreboding sense of isolation, the Alien-inspired sci-fi setting, and the overall structure—and elevated it to new heights. There’s a story, and while it’s thin—in Super Metroid, exploring and shooting still rule the day—it’s also surprisingly well told. The power-ups that Samus Aran, Super Metroid’s hero, collects are both innovative and fun to use. Optional upgrades hide everywhere, rewarding players who spend extra time exploring while letting others power through the game. The pace is up to you.

It’s easy to see why players fell in love with Super Metroid almost immediately, and why they still love it today. Every subsequent Metroid game borrows something from Super Metroid. Even Metroid Prime, which revitalized the franchise, owes a whole heck of a lot to its Super NES forebearer.

And while I don’t know for sure, I’m pretty certain that’s why developer Thomas Happ decided to remake it. 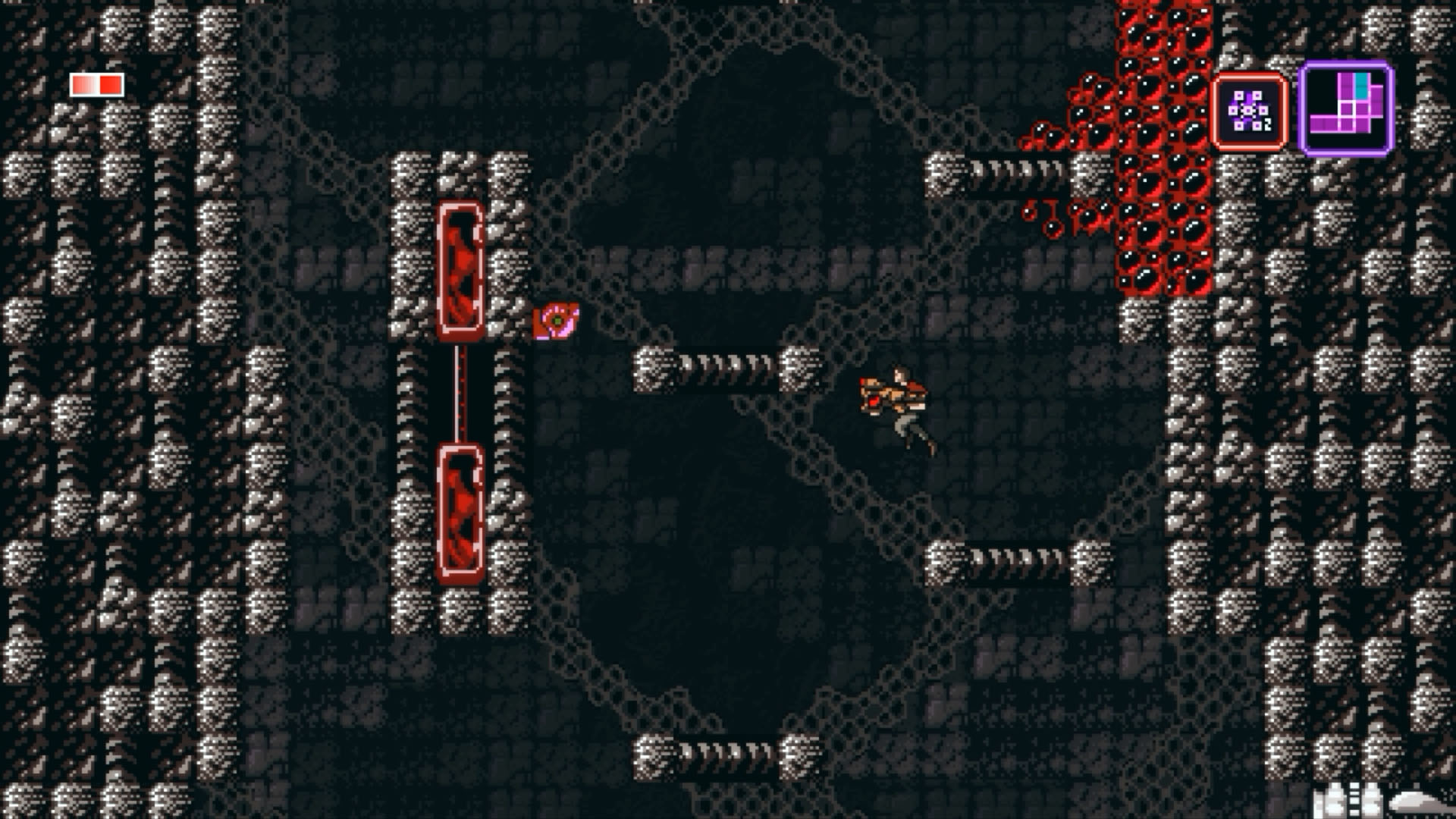 I mean, okay, Axiom Verge isn’t the exact same game as Super Metroid. But look at it. That’s Metroid in everything but name. Thankfully, that’s not a knock on Happ or Axiom Verge at all. For one, Axiom Verge came out in 2015, right at the tail end of a near decade-long Metroid drought (one Metroid title, Other M, came out between 2006 and 2017, but it’s a divisive game that veers from the standard Metroid formula). Getting an almost-sequel to Super Metroid, Metroid Fusion, and Metroid Zero: Mission after so many years felt like a minor miracle. Happ didn’t just rip-off Super Metroid’s style for a quick cash in, either. He knew why it worked, and effectively captured what made that game so special.

The end result is, honestly, just as good as any Nintendo-produced Metroid game, and it’s hard to complain about a lack of innovation when things work so well. If you love Metroid, you’re going to love Axiom Verge. If you’ve never played one of Samus’ adventures, Axiom Verge is a very good indication of what you can expect. After all, if you’re going to steal, you might as well steal from the best.