The game: Behold the Kickmen

Play it instead of: Kirby’s Dream Course

I went to high school in Pebble Beach, California. As a child, I took (free community) lessons at Spanish Bay, one of Pebble Beach’s country clubs. In middle school, I hauled a bag of second-hand clubs out to the course a couple times a week, desperately trying to guide a ball from the tee into a tiny, stupid hole while hoping my parents would let me take a different sport next year.

In other words, I know golf. Whatever Kirby’s Dream Course is, it’s not that.

See, golf is boring. Kirby’s Dream Course isn’t. Regular golf, after all, doesn’t have enemies that need to be defeated before the hole appears. The ground on a golf course isn’t rock hard and filled with steep, sharp angles, and the ball is not pink, bouncy, or alive. There aren’t power-ups in normal golf, either. If there were, it’d be a lot more interesting.

Kirby’s Dream Course uses golf as a template, but it’s not a sports game. It’s a puzzle title dressed like a sports game. As in regular golf, you’re trying to guide the ball—in this case, Kirby—to a goal in as few turns as possible. In Kirby, you also need to wipe out your foes on the way. You do so by smacking Kirby with an unseen force to drive him forward. Hitting him off-center provides spin as necessary. You can also lob Kirby into the air, although he’ll take all kinds of weird bounces if you’re not careful.

Ultimately, the main thing that real golf and Kirby’s Dream Course have in common is putting. In both, it’s absolutely miserable. 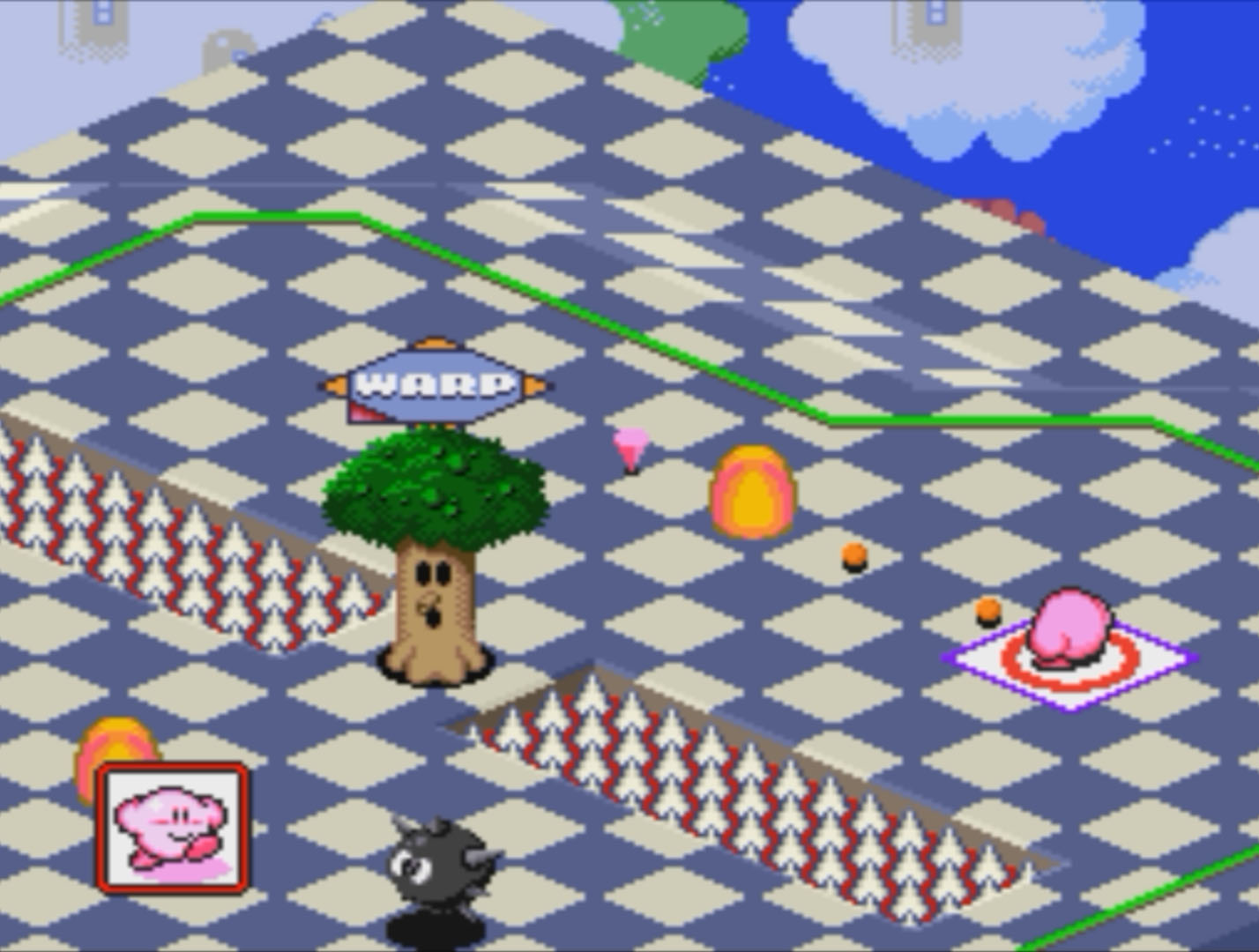 Like Kirby’s Dream Course, Behold the Kickmen is supposed to be a digital recreation of a sport that doesn’t really have much to do with the sport in question. In this case, the game is soccer (or, as everyone else in the world calls it, football), not golf. Still, the general approach is the same.

Indie designer Dan Marshal started developing Behold the Kickmen as a joke, spinning a Twitter threat into an actual, stand-alone game. As the description says, Behold the Kickmen is “football, as seen through the eyes of someone with no understanding of, or interest in, the Laws of Football.” As in a regular game of soccer, you win a game of Behold the Kickmen by “doing goals” and outscoring your opponent. Everything else is a tad different.

While Kirby’s Dream Course takes golf’s basic concept and builds it into a compelling video game by adding elements like steep slopes and bad guys, Behold the Kickmen recreates soccer by stripping the sport into its most basic elements. Players can only shoot or pass the ball, dash, and tackle their opponents. Nothing else. There are other rule changes, too, but they’re mostly small and arbitrary. The pitch is circular, not rectangular, and the scorer’s distance from the goal dictates how many points a successful shot earns. During “overtime,” if your team is behind, you can extend the timer by collecting clocks scattered all over the field. 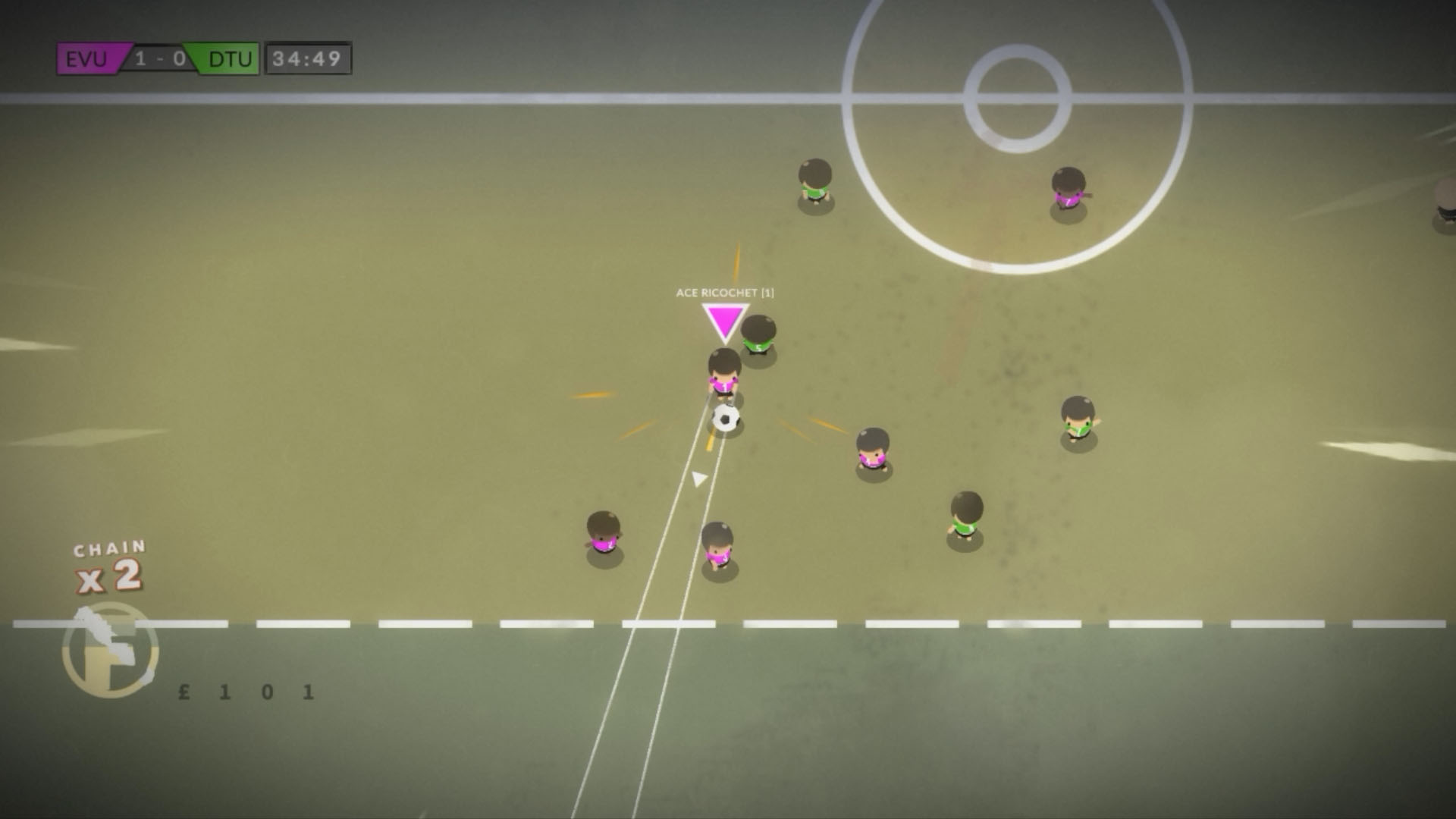 The rest of Behold the Kickmen’s satire mostly comes through in the presentation, which comes across like a game-shaped middle finger to anyone and everyone who takes soccer—or professional sports in general—too seriously. Some of the jokes land better than others, and you might find the game’s smug attitude off-putting. For me, it was fine, although the humor wore thin pretty quickly.

Behold the Kickman’s biggest joke, however, might be that it’s actually a pretty decent arcade soccer title at its core, even if the rules are a little different. At least, that’s what it feels like to me. I only watch soccer every four years, when the USA gets trounced in the World Cup. I’m hardly an expert. I know that Kirby’s Dream Course takes golf’s basic structure and transforms it into something unique. I’m not as convinced that Behold the Kickman deviates as far from its source material.

It doesn’t matter. Both games are fun just as they are.