You’ve had a chance to brush up on the basics; now, it’s time to dive into anime, and start enjoying the many stories out there.

Of course, that’s easier said than done. There are thousands of anime series out there, and they’re not all created equal. Thankfully, following four anime series make great jumping off points—just choose what’s right for you based on what you already watch, and have fun! 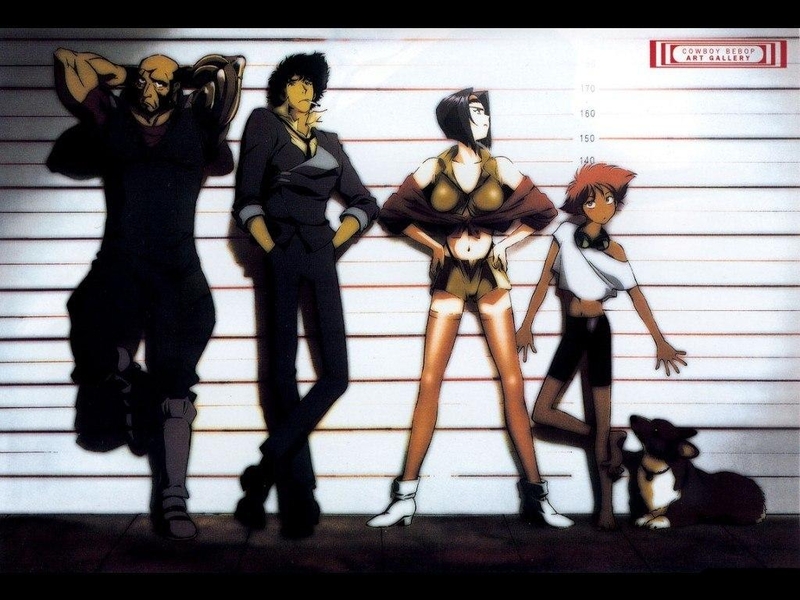 Cowboy Bebop is one of the most popular anime series ever produced, and is widely used as an example of just how good anime can be.

As setups go, Cowboy Bebop is pretty simple: the captain, Spike, leads a ragtag crew of bounty hunters (and their corgi) through space on their, the Bebop, and gets them in and out of trouble. Cowboy Bebop‘s action sequences are beautifully animated, and the stories are fun and exciting—but it’s the show’s willingness to explore more philosophical themes that really sets Cowboy Bebop apart.

Once the series starts exploring the Spike’s past, Cowboy Bebop becomes more of a work of art and less of an adventure story, and features some of the most elegant and evocative images ever portrayed in anime.

Note: Cowboy Bebop is one of the rare examples of an anime series that wasn’t preceded by a manga. It was also the first anime series featured on Adult Swim.

For the Fantasy Lover: The Vision of Escaflowne 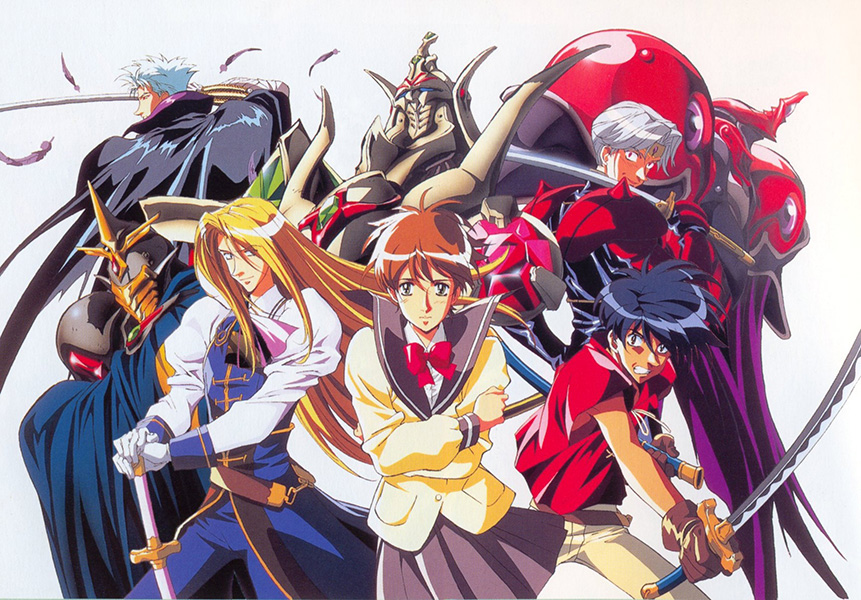 Escaflowne first premiered in 1994, and the animation hasn’t aged well.  On the other hand, the show involves epic wars, alien planets, and huge robots called mecha that, unlike Pacific Rim’s jaegers, operate via magic, not mechanics. Pretty awesome, right?

Escaflowne stars a normal high school girl, Hitomi, who gets transported to a war-torn planet called Gaea. Prince Van, the boy who accidentally brought her there, needs Hitmoi’s help—along with her psychic abilities—to find a giant mecha known as Escaflowne. With Escaflowne, Van can unite all the countries of Gaea against the evil Emperor Isaac Dornkirk and the Empire of Zaibach. The lost city of Atlantis plays a pretty huge role, too.

Although the dialogue can be groan-inducing, Escaflowne’s fans praise the show’s cinematic storytelling, as well as its characters’ complex emotional arcs. Aside from Hitomi’s psychic abilities (and how she finds herself in some very anime-esque situations, such as when she uses her own clothing to nurse a man), she’s just a normal high school girl. She isn’t whiny or bossy or violent. She just wants to go home.

Be warned, however: if you’re looking for a happy ending, Escaflowne won’t deliver. The series and film both have rather bittersweet conclusions. 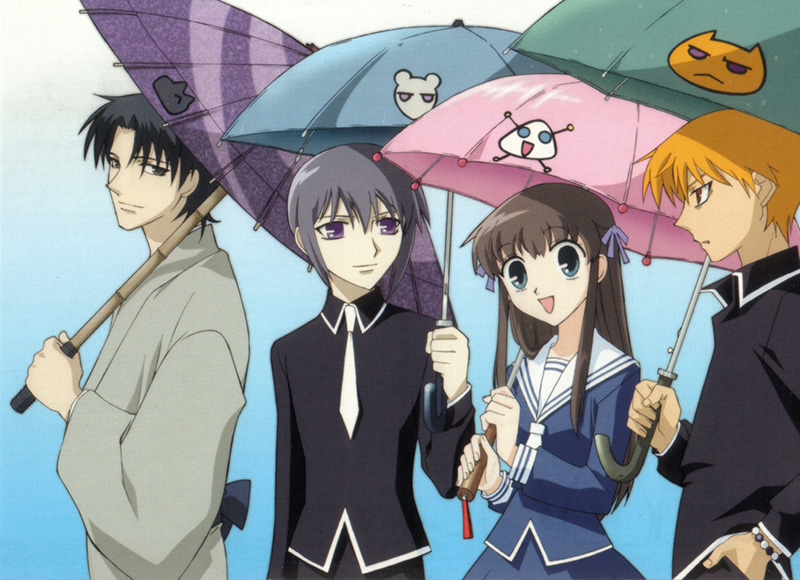 Number of episodes: 26
You’ll like it if you like: Parks and Recreation, How I Met Your Mother

Stay with me on this one.

Tohru, an overly optimistic orphan girl (aren’t they always?) befriends members of the Sohma family, one of the most powerful families in Japan. At first, her new friends seem a little odd, but there’s a good reason. In every generation of Sohma, 13 family members are born with a horrible curse: when a member of the opposite sex hugs, them they turn into one of the animals of the zodiac.

Yes, Fruits Basket is very twee and yes, it’s very cute. So. Damn. Cute.  However, Fruits Basket uses its cuteness as a jumping off point for something more complex, using its light-hearted premise to explore themes like alienation, loneliness, and depression. At times, Fruits Basket is heartbreaking. When you get to the 13th cursed Sohma, Kyo, who is shunned by his family simply because he was born as the cat of his generation, make sure that you have tissues.

One tip: Fruits Basket’s English dub is particularly bad. If you can stand subtitles, please use them.

For the Romantic: Kare Kano/His or Her Circumstances 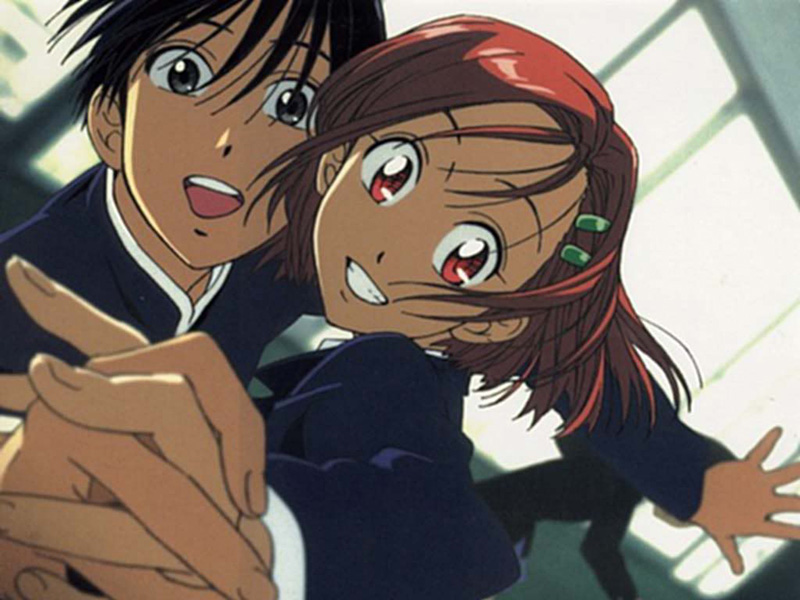 Let’s get it out of the way up front: Kare Kano’s English title is terrible. Despite that, Kare Kano is a great example of an anime that tells a good, emotional story without relying on supernatural or genre tropes.

On the outside, Yukino is a model student, humble and self-effacing. Inside, she struggles with jealousy, a competitive nature, and an all-consuming desire to be admired. Yukiko’s got a fierce rivalry with Soichiro, who competes with her for the best grades in the class.

In a very You’ve Got Mail way, Yukino and Soichiro fall in love and together, they navigate the ups and downs of adolescent relationships: their quickly approaching adulthood, their family troubles, and their growing sexual urges.

When you first watch Kare Kano, the rather goofy character introductions can be a little off-putting, but the tone quickly settles down, laying the groundwork for a thoughtful look at teenage relationships. Kare Kano also features one of the most beautiful depictions of two kids losing their virginity I have ever seen.