Play it instead of: Super Punch-Out!!

Let’s get this out of the way first: almost everyone agrees that Punch-Out!! and Super Punch-Out!! aren’t sports games. I’m not sure what they are—puzzlers, I guess—but sports isn’t it. In Super Punch-Out!!, you’re not trying to use skills and training to topple your foe. You study the way they move, identify patterns, and then use what you’ve learned to exploit weak spots and knock your opponent to the ground.

On some level, I guess that’s how boxing works, but it’s simplified to the point that you can extend that formula to pretty much anything. Infinity Blade, a popular series of games on mobile devices, applies the Super Punch-Out!! formula swordplay, and that worked out pretty well—the franchise went on to gross over $30 million. It’s not only applicable to combat, either. When a poker player tries to figure out her opponent’s  “tells,” she’s doing pretty much the exact same thing. 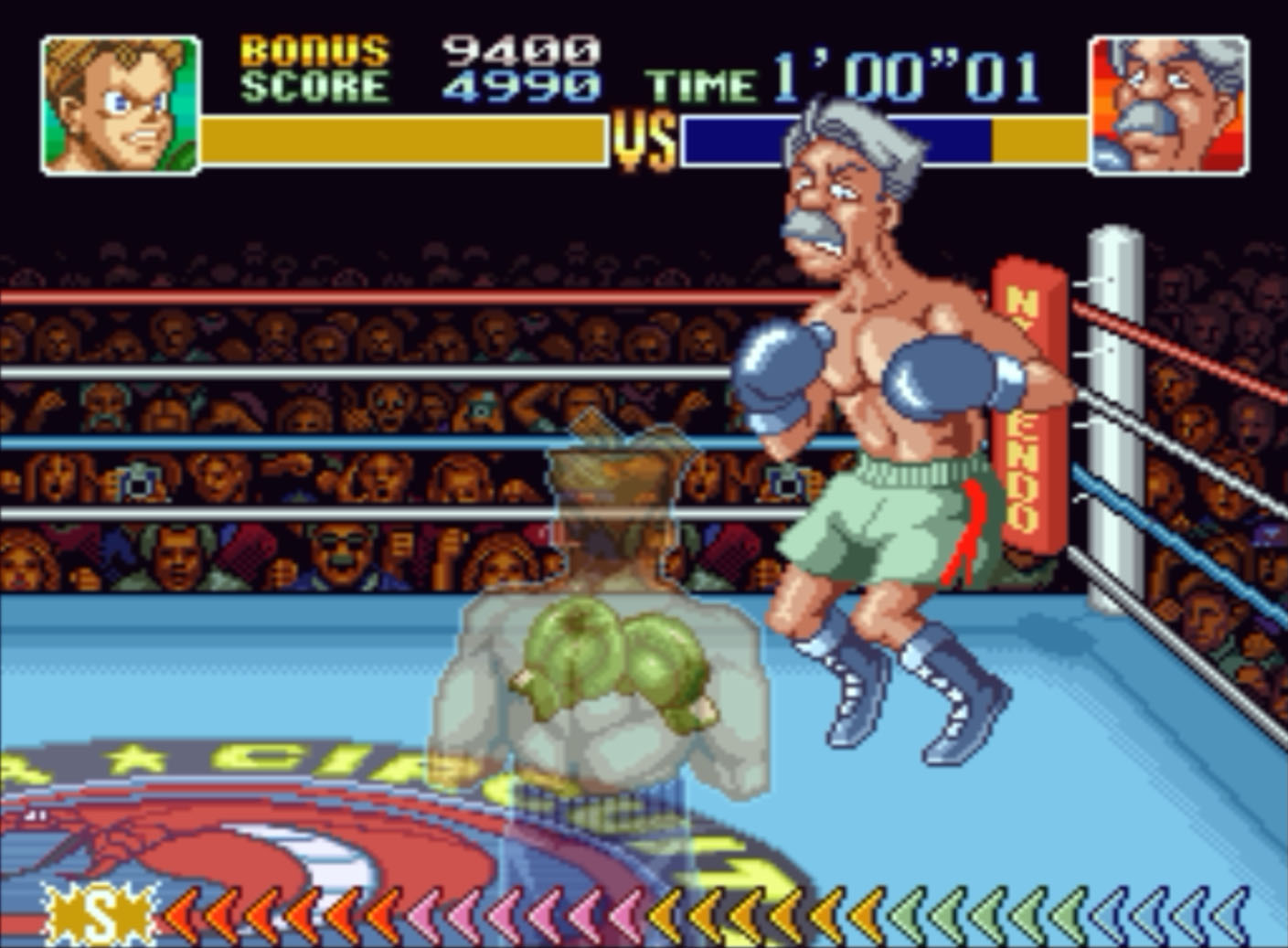 And yet, the best Super Punch-Out!!-style game that I found (aside from, y’know, Super Punch-Out!!) doesn’t just preserve the boxing trappings. It actually doubles down on them. Super Punch-Out!! doesn’t delve into life outside of the ring, but Beast Boxing Turbo does. There’s a storyline (you’re a human who’s decided to escape poverty by boxing monsters), a gym where you can train by purchasing upgrades, and a store where you can buy stat-boosting gear.

Once the fights start, however, Super Punch-Out!! veterans will find themselves on familiar ground. As you face off against outrageously colorful characters (like, say, the skeleton who doesn’t want to be late for his spin class), you’ll need to watch carefully in order to figure out the right times to jab, hook, uppercut, block, and dodge your way to victory.

Unlike Super Punch-Out!!, Beast Boxing Turbo gives you some help. An indicator in the upper right lets you know when your opponent’s guard is up and when it’s not, helping you figure out a good time to strike. There’s also a little more to pay attention to. In addition to your life bar, you have a stamina meter that depletes with every punch. It’ll fill back up while you block, but it goes even faster if you dodge. Early on, you can get by just by blocking and punching when the user interface says so. In later fights, Beast Boxing Turbo ramps up the challenge, delivering something that resembles Super Punch-Out!! a little more. 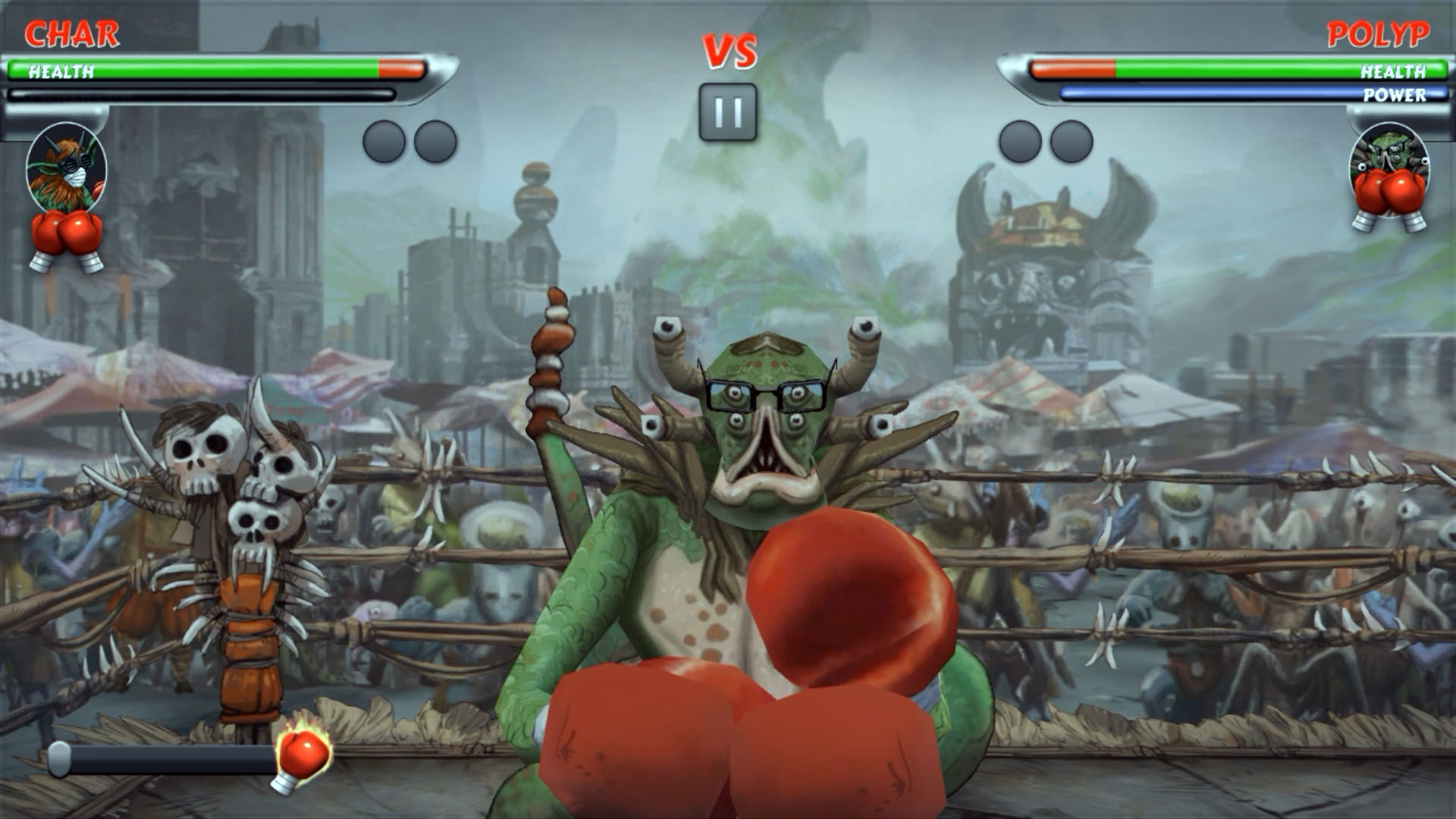 Beast Boxing Turbo’s presentation isn’t quite as clean as what you’ll see in Super Punch-Out!!, which might be why the game needs to use extra displays. When you dodge, your opponent slides off of screen. The 3D-rendered movements aren’t quite as evocative (or as subtle) as Super Punch-Out!!’s. When you punch, your arms look like overcooked noodles. The whole game feels rough around the edges, and it’d be a hard sell at full price. Thankfully, it costs about as much as a beer. During happy hour, even. For that cost, it’s reasonable.

For a game I’ve never heard of before, Beast Boxing Turbo ended up being surprisingly fun. I’m not sure how long it’d last, but Super Punch-Out!! has the same problem: once you’ve got the other boxers’ rhythms down, you’ve solved the game. There isn’t anything left to do.