DIY Super NES Classic #03: Earthbound / Why Am I Dead at Sea

The game: Why Am I Dead at Sea

Play it instead of: Earthbound

EarthBound has many things going for it. The quirky characters. A plot that liberally borrows from Stephen King, Kurt Vonnegut, The Goonies, and more. The soundtrack made up of rock song knock-offs. The wacky monsters. The setting that’s very clearly supposed to be America, but also feels like it’s been filtered through both Hollywood movies and the eyes of a Japanese game developer.

And yet, hot take: EarthBound’s combat kind of sucks. It’s functional and fine, but compared to other turn-based RPGs, doesn’t do anything particularly new or interesting. EarthBound’s simple graphics serve just fine when you’re exploring cities and deserts, but don’t hold up during lengthy, visually static battles. There’s not much strategy, either. Whimsical and entertaining enemy designs aside, fighting in EarthBound gets pretty dull. What if you could skip them entirely?

Why Am I Dead at Sea doesn’t even have combat. Problem solved! And while Why Am I Dead at Sea isn’t the most popular EarthBound-like—that’d be Undertale by a pretty wide margin—it might be the one game that really captures EarthBound’s essence. It’s more than just the graphics, too. Like EarthBound, Why Am I Dead at Sea mixes together colorful personalities, psychic abilities, and sly social satire to create a world that feels a like ours, but with the dial rotated about 30 degrees further towards the inexplicably weird.

Why Am I Dead at Sea begins with the you character’s murder, and then charges you with solving the unobserved crime. In order to do so, you’ll possess your fellow cruise ship passengers—as per the title, you’re murdered on a cruise ship in the middle of the ocean—before the boat sails too far from your submerged corpse. Along the way, you’ll read your fellow passengers’ minds, learning what makes them tick—and discovering their darkest, strangest secrets. 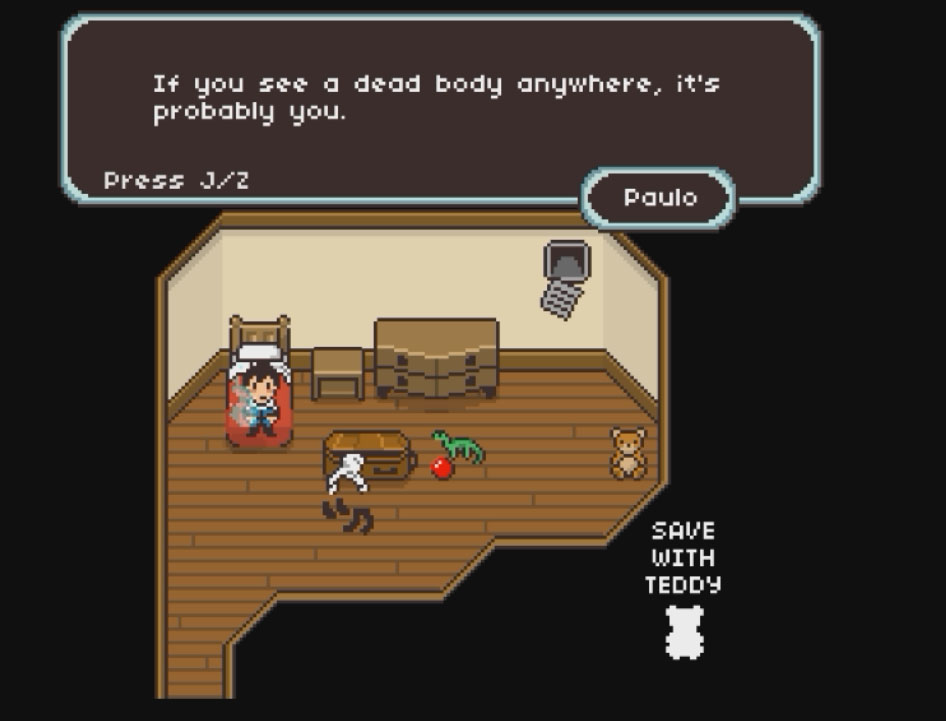 That might sound too dark for an EarthBound alternative, but the SNES RPG didn’t hesitate to engage in the macabre. Remember the Happy Happyist cult? What about when Ness and friends have to shed their physical forms and become robots? Conversely, Why Am I Dead at Sea possesses a sly sense of humor, too. In many ways, Why Am I Dead at Sea is EarthBound without the boring parts. All the stuff about EarthBound that’s actually fun? Don’t worry. It’s all still here.

(Well, okay, Why Am I Dead at Sea doesn’t feature cameos from Jake and Elwood Blues. No game is perfect).