All of the games in the bundle is good—like its animated counterpart, Chip n’ Dale Rescue Rangers is a secret classic—but for our money, Capcom’s first DuckTales game is the standout title. Not only is DuckTales one of the best platformers of the NES era, but it contains one of the very finest soundtracks in video game history. Don’t take our word for it—Hamilton creator, five-time Tony winner, and DuckTales voice actor Lin-Manuel Miranda thinks so, too.

But with so many alluring modern products out there, why spent time with a game that’s almost 30 years old? We talked to some of the folks at Capcom and Digital Eclipse, and asked  why the NES’ DuckTales deserves a second (or third) shot at life.

But first: why DuckTales? 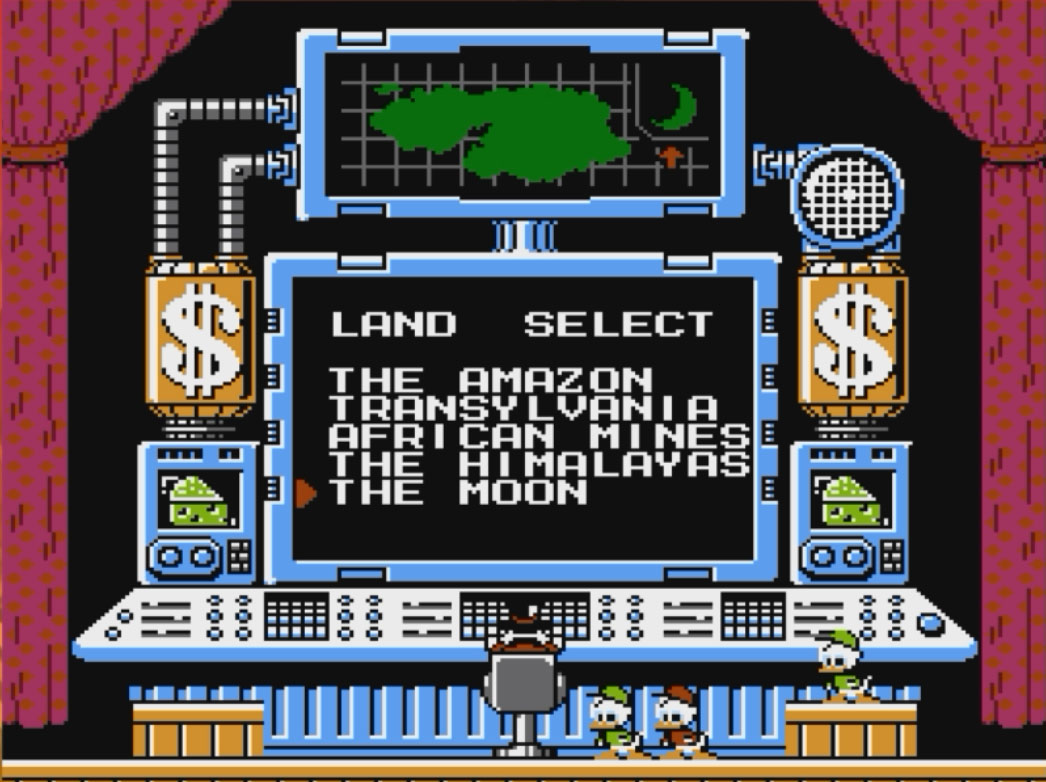 Full disclosure: DuckTales already has a modern-day remake. DuckTales Remastered, which came out in 2013, updated the original NES game with hand-animated graphics, a new story featuring DuckTales’ 1980s voice cast, and tons of extras for fans of the animated series. All-in-all, it’s pretty good. So, why revisit DuckTales again when there are so many retro games languishing in obscurity?

Well, for one, DuckTales has had a major influence on modern platformers (at times, the indie favorite Shovel Knight feels like a straight-up DuckTales sequel). DuckTales regularly ranks in the top 10 on “Best NES Games” lists, too.

Besides, Ficaine says, “All of these games are long out of print, and some like DuckTales 2 are very rare now” (a loose DuckTales 2 cartridge costs about $150 on eBay). If you want to play the Disney Afternoon games in their original forms and you don’t have access to a Scrooge McDuck-sized money bin, The Disney Afternoon Collection is pretty much your only option.

Just like you remember it, except when it’s not

2013’s DuckTales Remastered is a treat for general DuckTales fans, but The Disney Afternoon Collection captures what makes the DuckTales video game in particular so special. With the help of Digital Eclipse’s proprietary emulator, called the Eclipse Engine, The Disney Afternoon Collection looks and plays almost exactly like the original NES game. It’s basically the closest thing you can get to the genuine DuckTales experience without dusting off your parents’ old Nintendo.

That’s by design. “We prefer to remaster classic games in a way that is more like a classic film being restored from the original negative,” Digital Eclipse’s head of development Mike Mika tells us. “We stand by a hard and fast rule to never interfere with the original game as much as possible.”

That means preserving the original graphics, sounds, and game design wherever possible. That’s not always possible. “There are many situations where music or artwork was licensed for a limited time, but cannot be used anymore,” Mika says. “We usually just have to change the artwork so that it doesn’t infringe on another person’s copyright.”

That being said, you probably won’t miss anything. “We’ve stressed out over changes in the past,” Mika says, “and when the game was released, we’ve been shocked that nobody noticed them.”

Taking the good with the bad 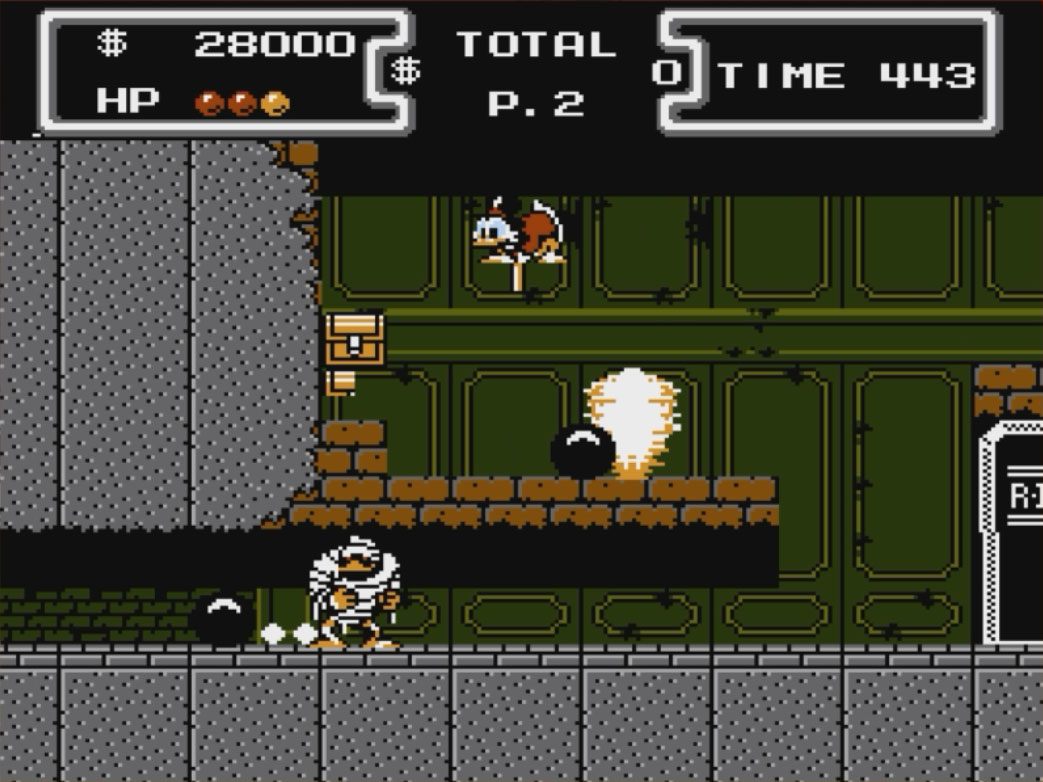 Digital Eclipse is dedicated to presenting video games in their original form. That means preserving the original games’ blemishes, like the flickering and lag that occurs when DuckTales’ screen gets too crowded. If you consider Digital Eclipse’s collections historical documents, that makes sense. There’s a practical reason to keep those glitches around, too, however. “These games were designed with the understanding that objects slow down or are hard to see,” Mika says. “If we fix that, the game’s balance and difficulty changes.”

In fact, Digital Eclipse’s entire approach to video game restoration hinges on preserving the core experience. Sometimes, when a game gets a modern remaster, developers change things. WayForward’s DuckTales Remastered, for example, adds a couple of new stages that don’t flow quite as well as DuckTales’ original stages. The remaster also introduces a bunch of mandatory collectibles, forcing players to take a different path through the existing levels.

(We reached out to WayForward to learn more about their approach to remastering DuckTales, but didn’t get a response.)

Those kinds of changes don’t always improve a game. For example, these days, you can’t play games with a trackball or paddle controller. You need to use an analog stick. That fundamentally changes games like Centipede and Warlords, and not always for the better. “People who never played the original versions of these games dismiss them as terrible,” Mika explains, “when in fact, those games are remarkably fun, even today. It’s the modern interfaces that ruin the experience.”

Not that the Digital Eclipse staffers are hands-off during the restoration process. “Artists were plotting pixels on monitors that don’t exist anymore, and we have to virtually reconstruct a game’s palette with the knowledge of that,” Mika says. That’s also true for the music and the sound effects. Still, Digital Eclipse tries to keep everything as close to the original as possible. As Mika puts it, “We strive to restore the artistic intent of a game.”

Filling in the gaps 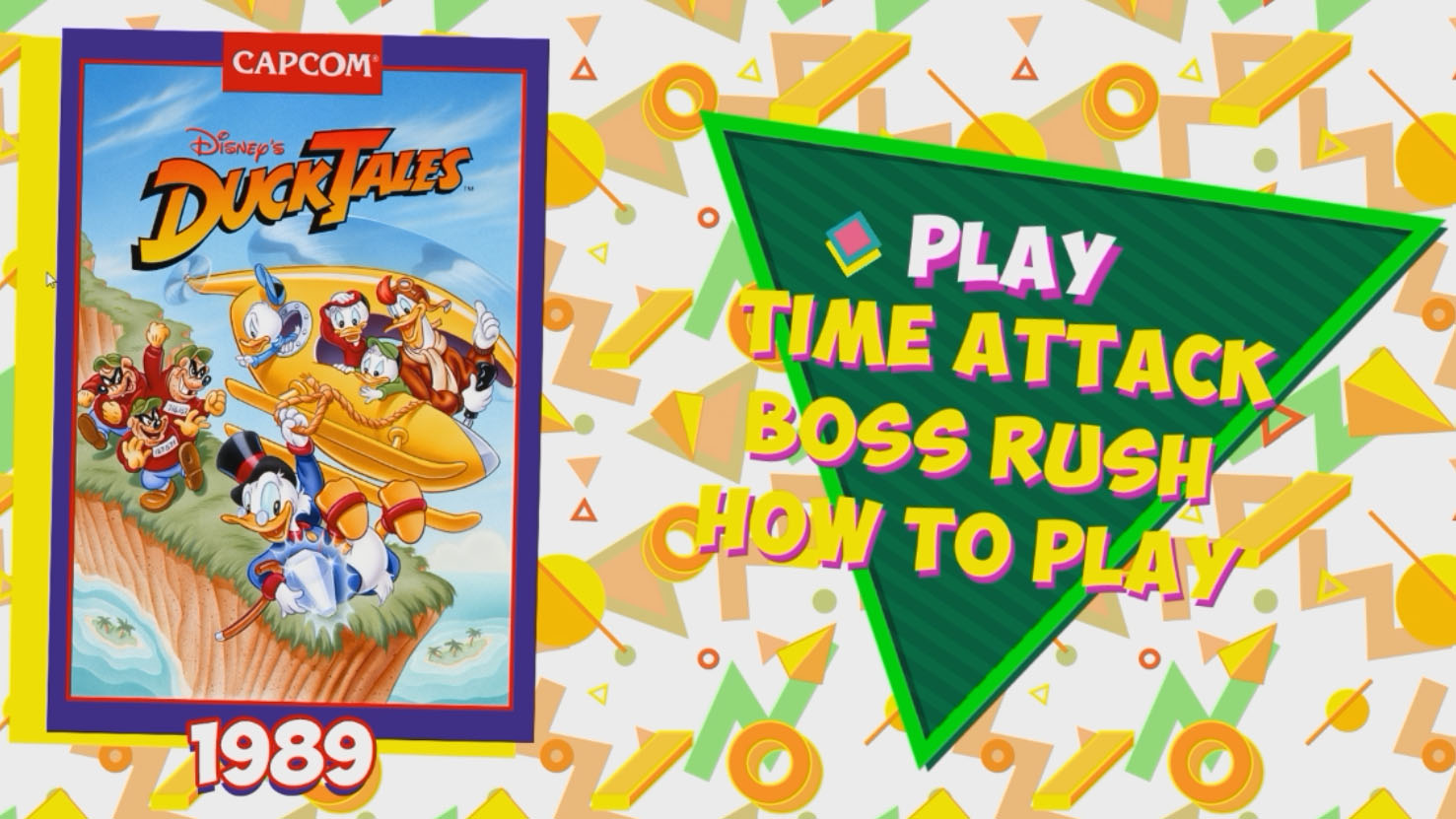 Digital Eclipse adds extra features to its games. The Disney Afternoon Collection comes with a rewind feature that lets you undo your mistakes. It has save states, too. Now, you don’t have to beat the entire game in one sitting. Both additions make DuckTales easier—and while DuckTales is great, it’s already a pretty short game.

That might sound like Digital Eclipse is radically changing DuckTales, but Mika doesn’t think so. See, those features are optional. You don’t have to use them. Similarly, that’s also why remixed content, like the Disney Afternoon Collection’s Boss Rushes and Time Attack modes, pass Digital Eclipse’s sniff test. “The extra layers do not change the core experience of the game,” Mika says. Even with the additional game modes, “we have the original game in there with its original speed and difficulty.”

An educational experience, too 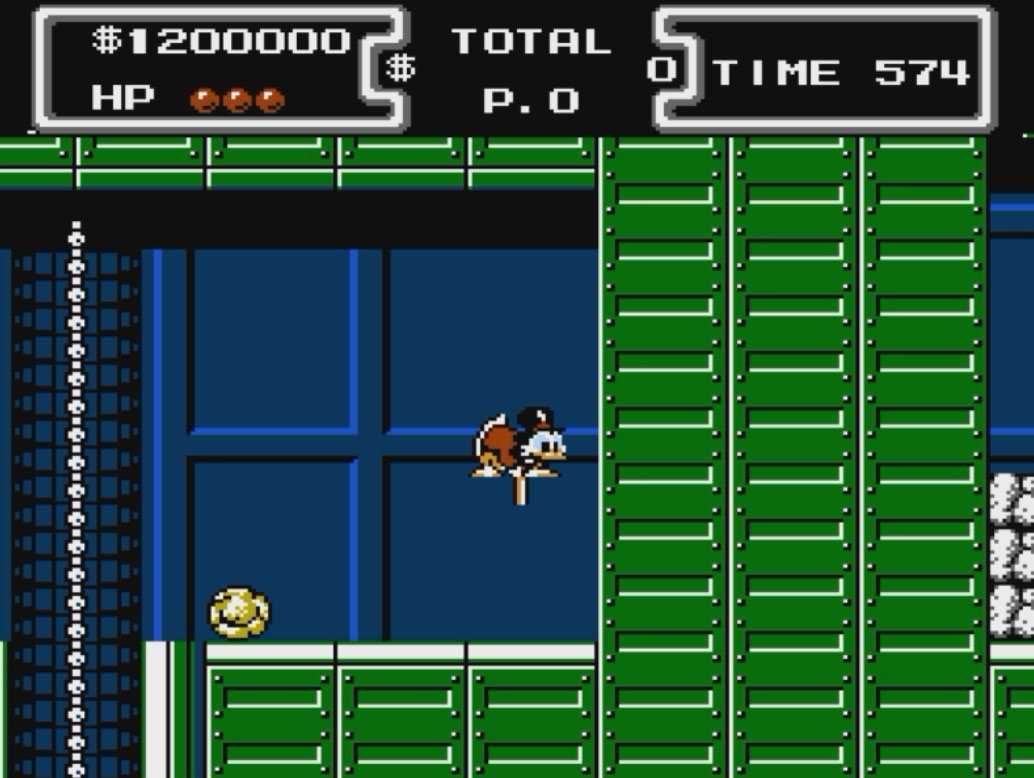 Here’s the coolest thing about the Disney Afternoon Collection: according to Mika, “It educates as much as it is fun to play.”

If you’re an aspiring game maker, looking back at classics like DuckTales can teach you a lot about game design. Sure, compared to today’s platformers, DuckTales looks primitive. Don’t be fooled. Just because ’80s games have simple graphics doesn’t mean that they’re not complex.

In fact, the lack of extra features actually makes the underlying mechanics of games like DuckTales easier to analyze. “In these classic games, it is so much easier to see [the complexity] and reverse engineer than in more current games,” Mika says. As an example, Mika compares the jumping in Super Mario Bros. to jumping in the first Mega Man game. In both titles, you jump by pressing the A button. The longer that you hold the button, the higher that your character jumps.

It sounds like the same thing, but the two games are very, very different. “Mega Man’s jump allows you to cancel your momentum immediately,” Mika says. As soon as you stop pressing the jump button, Mega Man starts falling. By contrast, Mario maintains his acceleration even after players release the button.

As a result, jumping serves a different purpose in both games. In Super Mario Bros., the extra momentum makes it easier to leap over large gaps, but would make it much harder to dodge small bullets. Meanwhile, Mega Man may not leap quite as far as Mario, but he can weave in and out of enemy fire with ease. If you’ve ever played Mega Man, you’ll know he does that a lot.

“Once you begin to peel those layers, you start to understand the kind of game design that builds complexity from simplicity,” Mika says. “It’s that magic sweet spot that separates the great games from the not-so-great games.” As an exercise, compare DuckTales’ pogo-stick mechanic to Shovel Knight’s take on the same thing. You’ll see a big difference.

If you really care about games, dissecting their core mechanics can help you understand what makes certain titles so great. Besides that, the old games are still fun. Learning how video games work while also getting to play some of the greatest titles ever made? That sounds like a pretty good deal to us.

The Disney Afternoon Collection is available now on PlayStation 4, Xbox One, and Windows PCs.